How to cope with the mental and emotional challenge of keeping a home.

If you lack the motivation to do housework…

…or it’s become a source of misery, boredom, frustration or fury – these feelings can affect your relationships, your health, even your wealth.

So there are some truly outstanding benefits in learning to survive your Housework Blues.

This book will help you do just that. 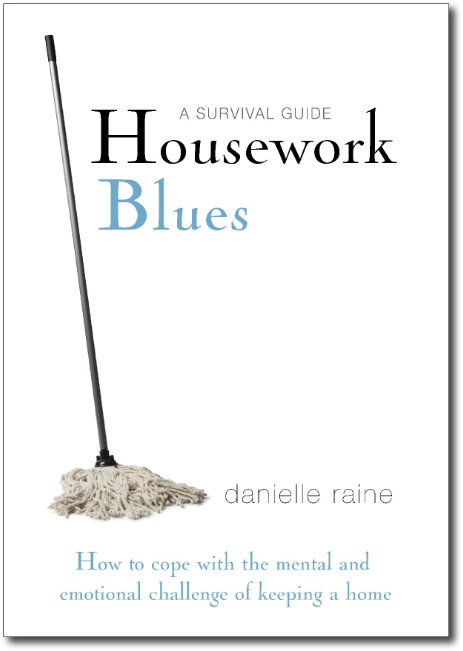 The Story of Housework Blues

This book was born of frustration.

Once upon a time, housework (for me) meant fury, angst and a sense of being utterly overwhelmed.
Home had a become a workplace, a source of endless labour and family friction. (Maybe you can relate…)

Yet I sensed, deep down, that there must be a better way.

I knew other women who managed a home without the rage and ranting – some even claimed to love housework! Eventually I realised that the only difference between me and these Other Women was in our mental approach. Could it be that the problem was all in my head?

So I began to seek mental solutions to my domestic ‘issues’. But among the many practical domestic guides that I read, none helped me to cope with the idea of housework – the repetition, the futility, the monotony.

And since I could find no such guide, I decided I would create one. So, in the hope that there were more ‘women like me’ Housework Blues – A Survival Guide was born.

What began as a few scrawled ideas turned into a eBook and a regular blog. It is also now available in Kindle and Paperback form.

The more I wrote, the more I found that I was brimming with helpful ideas. Not practical, stain-removal advice – but solutions to soothe away the mental or emotional anguish that goes with the home-territory for many women.

However, halfway through writing the book, a funny thing happened. One day, I realised that the anger was gone.

” Somewhere along the way, I’d accidentally made peace with housework!”

Gone was the bitterness and despair. Gone was the idea that I had failed as a feminist if I performed domestic duties. It appeared I had survived, maybe even conquered, my Housework Blues.

I discovered a calm and a sense of acceptance with my domestic commitments. I also discovered, believe it or not, that there is joy to be found in taking care of a home and family!

My first reaction to this revelation was that, without the fire in my belly, I would have to abandon the book. But then a friend helpfully pointed out that – I was living proof that it worked! He told me, “You must finish that book! Think of the all women it could help! Think of all the stress you could banish! Liberating women everywhere from the Housework Blues – it could change the world!”

And so, you have before you, my attempt to change the world – one less-stressed woman at a time. My mission is to share what I have learned, to pass on the priceless gems of insight that I’ve stumbled across.

Sometimes just a single phrase or idea brought me enormous relief, often followed by a baffled ‘why did I never think if that?’ I regularly wished I had come across these insights years ago – they would have saved many arguments and a fair few wrinkles!

But my consolation is that I found them at all and also that I can now share them. In this book, I’ve distilled all that I’ve found to be helpful in coping with running a home (though many also apply successfully to life in general). I’ve read mountains of books, listened to hours of audio and experienced many unpleasant learning curves – so now you don’t have to!

So in this resource I offer you the results of my bumpy ride – in the hope that they will make your own path much, much smoother.

As Eleanor Roosevelt so wisely put it,

“Learn from the mistakes of others.
You can’t live long enough to make them all yourself.”

Tales from the village 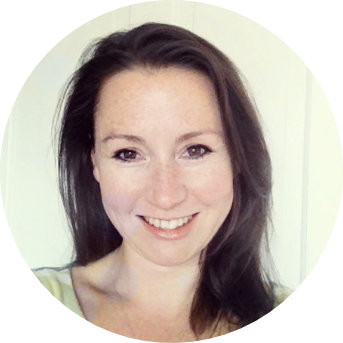 Danielle Raine was born and raised in Yorkshire, England.
After working as home-based graphic designer and copywriter for 11 years, she developed a severe case of the Housework Blues.
This prompted her to embark on a mission, to help women everywhere cope with the mental and emotional challenge of keeping a home.

Housework Blues – A Survival Guide was her first book, published in 2010.
It was swiftly followed by a compilation of the supporting blog Make Peace With Housework.

Danielle currently blogs about writing, creativity, inspiration and wellbeing over on danielleraine.com.

A NOTE FROM THE AUTHOR:

I feel I ought to warn you:

This is not a practical housekeeping manual.

There may be the odd tip or useful gem, but the main aim of this book is not to teach you how to clean your home. My intention is to help you cope with the unique psychological challenge of being a modern female with a home to keep. This book is less ‘how to’ and more ‘why bother’.

These are strategies to keep you sane.

If, like me, you lack the domestic gene where housework comes naturally, or your feminist tendencies make you want to run screaming from mop and bucket, then this book is for you. It’s a collection of ideas that I’ve stumbled across, ideas that have eased the mental burden of doing what must be done within the home.

My wish is that these simple suggestions will save you years of anguish and frustration. And I hope that these perspectives will liberate you to enjoy a beautiful home with both your sanity and relationships intact.

“… worth a million how-to-clean books,

“It really did the trick for me.

I really love the way you wrote it, with different sections for each mindset, because it was so helpful to skip to the ones that applied to me.

It was fun to go meandering through as I discovered more of my blocks.

Perhaps the best thing is just how I feel about my house.

All the stress is gone.”

“Should be required reading.
Not only that, I think perhaps one of its subtitles should be “Life 101”.
I haven’t learned so much helpful, useful information from a book in a long time.”
Fixing My Thoughts

“What a great find!
I read it over the weekend and it was everything I thought it would be:
fantastic, inspiring and an overall good read.
It’s as though you wrote certain chapters
just for me.”
Natasha, Occupation Housewife

“Stunning.
The only book I know that addresses
the sometimes joyless and unprecedented challenge that is being a modern female
with a home to keep”
Alison Bayne, Mumtopia

“A uniquely valuable insight.
It has already raised my confidence
and morale and housework is no longer
a bugbear.”
Amazon Review

“Since receiving this book, my wife
has been happy and therefore so am I.”
Amazon Review

“I love this book!
Combining Bob Hope’s philosophy with Eastern spirituality with the pursuit of thinner thighs,
all in the service of getting the housework done with peace and grace – it’s just awe-inspiring…
and soul-satisfying!”
Jill Bailin, New York

“I think this should be a must read on everybody’s list. While it was geared toward making peace with housework, it applies to so many different areas of life – marriage, parenthood, relationships with others, civic duties, professional life or just personal insight… I can’t help but wonder what a different world we could live in if more people would follow the advice found here.”
Tracey Frazier, NW Georgia (Housework Haters Club)

“I do honestly think that if I hadn’t read your book, I might not have understood the tools to help me begin what looked like a neverending task.”
Lowenna Luke, Cornwall UK

“I’m married to a housework-phobic woman who will LOVE your ideas.”
Chris Twiggs, Florida USA

“Housework. The majority of us hate it. Yet, someone needs to do it. Still, why is it that somehow that someone always seems to be us? In these works, the author sets out strategies that we can all use. We may not be able to get rid of housework completely but we can simplify, delegate, and think differently about what we have to do. Perhaps these are the keys to staying sane… This book provides a variety of helpful strategies.”
Tami Brady DD, RM (TCM Reviews)

THE 8 TYPES OF HOUSEWORK BLUES:

(It’s so monotonous.   Every day, the same chores, over and over.   I hate repetitive tasks.)